Over 50 years of supplying ladders & towers - and still going strong!

Our large and well stocked warehouse in Gloucester

We are one of the largest independent ladder and scaffold tower distributors in the UK but we are still a family business.  We have been doing this for over 50 years so we know our beans!  We are still here because we care about our products, we care about our service and we care about you - our customers.  We will always treat you as we would like to be treated ourselves.

Lansford Access Ltd started life as Lansford Hire Services in 1971, the creation of Keith Pitman and his friend Terry Parry. During the late sixties they had been eager to start their own business and were convinced that "these new scaffold towers" were certain to become popular for home decorating.

With a car trailer and two 4’ x 4’ steel towers the business began as a part-time hire company operated from Keith’s home in Longford, Gloucester. When Keith's younger son Mark left school in the summer of 1973 he became the first full-time employee. The introduction of industrial alloy towers (an innovation from the U.S.A.) led to rapid growth and it soon became impractical to operate efficiently from a series of lock-up garages on a total of six sites!

The entire operation moved to India Road, Gloucester during 1976 and Lansford continued to build on its solid reputation for high quality service and reliability - a rarity in the scaffolding business! 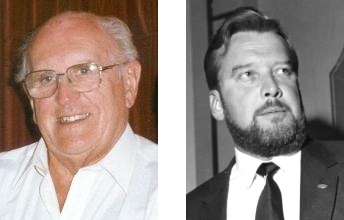 In April 1980 Keith's elder son Stephen left teaching to launch a new sales department. This development led to the company name being changed to Lansford Access Ltd. Larger premises were soon required and eighteen months later Lansford were on the move again to modern industrial premises off Eastern Avenue, Gloucester. In 1989 the national sales office was opened in Bristol.

Despite the lean, recession-plagued years of the early 1990s Lansford survived where many others perished and the sales department has developed into a major national distributor of ladders, steps and scaffold towers. Very few companies in the ladder and scaffold tower business have the experience or expertise of Lansford Access ( over 50 years old ) and we strive to maintain our reputation for the highest quality service and reliability.

Massive internet growth created great changes in the sales department and the Bristol office was closed in 2009 allowing both sales and hire departments to combine once again in our Gloucester location. The sales department is still headed by Stephen Pitman.  We are now almost the only ladder & tower distributor in England to still have a huge warehouse full of stock.  The vast majority of our competitors now operate from bedrooms or tiny home offices, relying on manufacturers and importers to deliver any orders for them.  We are pleased to still be running a proper business!!

This web site should show you that we provide not only the finest service but have used our experience to offer probably the widest choice of ladders, steps and scaffold towers from a single supplier in the U.K.  Join our huge list of happy, satisfied customers by placing your order or ringing 01452 520 144 with your enquiry today!

We use personalised advertising cookies to offer you the best experience on our site. By continuing to browse the site you are agreeing to our use of cookies.
Please click here for more information.